Celestia is HERE! On Wednesday, October 27, 2010, Celestia joined alongside the other worlds in the Spiral. WIzards that are level 48 or higher and have completed the "Final Countdown" quest to defeat Malistaire can now go to Celestia! 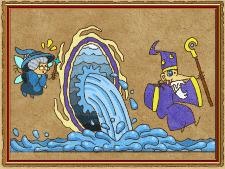 Now those level 50 people who are bored of waiting for something to happen now really do have a surprise! Now, the level cap has jumped from 50 to 60! Level 50 wizards can now enjoy Wizard101 once again!

Along with the level cap comes the rank 8 spells! All level 60 wizards will receive these spells from quests from their teachers at level 58. All other spells come from your adventures! Guess you better study up! 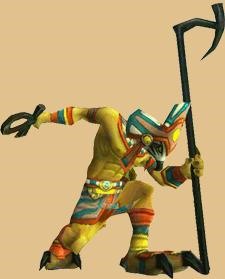 New Schools of Magic in Celestia

The Sun School is based mostly on enchantments. The enchantments on the basic level are just boosts in accuracy or damage. Later Many of the enchantments are Mutate spells like Mutate Kraken into Inferno Kraken. There are also Cloak Spells, which disguise charms or wards as other cards to the opponent. You may remember back when it was a treasure card, but not anymore. This card is extremely useful because it could help disrupt the opponent's strategy and believe one card is actually another!

The Moon School is mainly focused on polymorphs. A polymorph is when you transform into a creature for a certain amount of time during a game. A polymorph changes your stats, like your health, mana, boosts, resistance, accuracy, school, and more. It also changes your looks and, most importantly your deck. This would be very useful if there were two Life wizards in a battle, you could cast a polymorph draconian on one so that they can cast mroe damage. A polymorph only lasts for a certain number of rounds, though, so use it wisely!

The Star School is focused on Auras. Auras are basically new ways to increase your resistance, boost, stuns, blocks and pips. This happens over a certain number of rounds. For example, the Amplify card adds 15% damages for all spells over 3 rounds. After 3 rounds, the aura disappears. The types of auras are:

Critical and Block ratings have been added to your character! If you open your character panel, you will see two new bars: the Critical Rating bar and the Block Rating bar. A Critical hit is really just a supersized attack. I bet you know what a Block is, then. The Block rating is how much you can block a critical attack.

Remember that cool spell that the Storm wizards got after completing Marleybone that could do 1000 damage but had only 20% accuracy? Remember when that friend of yours casted that crazy spell that showed a lightning bolt shooting from the sky and hitting the enemy with a graceful KA-BOOM? Well, now KingsIsle has decided to change it! Instead of 20%, Wild Bolt's accuracy has been altered to the regular Storm spell accuracy: 70%. Unfortunately, now the damage can be 10, 100 or 1000.

Other Minor Fixes and Changes

Now go out there and play! Celestia's waiting!

Want to master Microsoft Excel and take your work-from-home job prospects to the next level? Jump-start your career with our Premium A-to-Z Microsoft Excel Training Bundle from the new Gadget Hacks Shop and get lifetime access to more than 40 hours of Basic to Advanced instruction on functions, formula, tools, and more.

Other worthwhile deals to check out:

Join the Next Reality AR Community

Get the latest in AR — delivered straight to your inbox.